A Feud on Italian City-States? Again on Lorenzetti’s Buongoverno

It would be useful a new examination on the topic of the Italian City-States. For a long time historians shared a general interest on the Italian city-states and their final failure within the rise of the “Signorie”, that is governments led by single rulers (cf. the traditional book by Daniel Waley, The Italian City-Republics, 4th edition with Trevor Dean, London, 2010, a good example among many others).

During the last decades, this appreciation became doubtful. Paradoxically, one reason was the republican interpretation of the medieval and modern history led by the so-called school of Cambridge (Pocock-Skinner, followed by Viroli). They bound with a redline the political thought of the Greek antiquity, of the medieval Italian Communes and the ‘modern’ English-American republicanism[1].

The result has been growing, heterogenous, and more or less explicit reactions. Some scholars accuse the traditional historiography of super-evaluation of the writings of the communal thirteenth century rhetoric masters, giving too much attention and importance to the theological-juridical Marsilius’ and Bartolus’ thoughts, or to Florentines theorists such as Coluccio Salutati and Leonardo Bruni. They imply the following idea: Italian Communes were not so different from the free cities of other states, specially the German or Flemish ones.

My assumption is, on the contrary, that the Italian city-states were exceptional institutions in European history which left permanent – positive and negative – effects (at least) in the Italian history. The city-states had different developments and evolution between the eleventh and the eighteenth century (very few of them survived from the wars and crises of the sixteenth century), but some features were common.

First of all, their self-government was so strong to make possible wars (“pro patria mori”) and to sign peace-agreements among them or with higher imperial and papal authorities. Secondly, they were centers with exceptional cultural presences and the large participation to urban life created a strong and lasting spirit of community. Universities were widespread and they fostered political thoughts and ideas on the institutions more than elsewhere. Therefore, the debate, out or in the universities, were very rich and influenced all Europe with its largely unified system of the higher education.

It is evident that problems cannot be avoided. Particularly, some misunderstandings came out because these concepts are of heterogeneous origins, classical and medieval, but ‘modern’ too, and are not always used with cautiousness. Some are even avoided for many reasons as anachronistic (the ‘state’), but strangely not other ones, such as, for instance, autonomy, a term which can be often found used in a technical way for that past exactly like in our contemporary language.

For other concepts the meaning could be deeply changed. Let’s consider the concept of Freedom, which was used in that urban past for claiming independence from external powers than for individual issues. This term was used less than Justice. Here a good example from Siena. Only recently I realized that the most famous medieval political fresco – Ambrogio Lorenzetti’s Buongoverno 1338 ca. – does not refer to the idea of Liberty[2]. We are accustomed to think at it as the opposite of Tyranny – clearly painted in the fresco of the Palace of Commune[3]. But this was not the case. Tyranny was for Lorenzetti, a member of the leading elite, as opposite to Justice!

Freedom was not considered in that context: it was a presumed value. Personal liberties were the free spaces left open by the law: either public or private and always with changing borders. And many of the common political freedoms we enjoy in (some of) our Countries today, were not considered then just only because denied. Freedoms of speech and association? They were not thinkable if with political goals against the government and parties in support of. But sources confirm that freedom of speech was guaranteed in the city council  even if political exclusions, especially from the main governing office (Concistoro of the Nine ‘governors of the Commune and of the People’) continued to be used against Ghibellines, powerful nobles (the casati–magnates denied by law from 1277), doctors and lawyers, damned citizens, or exiled or debtors of taxes.

Therefore, those who speak of communal ‘democracy’ for these decades (‘Nine’ period is 1287-1355) could be right if cautiously comparing with cities under tyrannical governments, like typically Milan under the Visconti family. Of course, however, the Sienese one was not a case close to our contemporary democracy. The participation to public life was large, mostly because in the public offices citizens had a two or six months tenure with ‘vacations’ afterwards. We have no evidence of a small leading oligarchy of the ‘Nine’ during those years. On the contrary, it was simply normal to have a continuous turn over within the political offices. The ‘regime’ was very flexible and sometimes weak just because lacking of an oligarchy. The crisis after the 1348 Plague led to the fall of this large group of governing citizens and to the exclusion from political life of them and their families. After a few decades their heirs were again at the government in the Concistoro, sharing the office with other merging groups. They had acquired a good experience of government.

The tradition of the legal exclusion from the main office of the nobles was preserved although to opposition of Pope Pius II and proposals by Francesco Patrizi[4]. Sienese ‘popular’ government had been asked for help from Florence against the Milanese tyranny just because they shared similar, ‘popular’, governments. ‘Republic’ was still a generic ancient word to mean the ‘public institution’. In the traditional dictionary of politics even the Empire was a respublica. Indeed, against Frederick ‘Barbarossa’, who was crowned King of Italy on 24 April 1155 in Pavia and Emperor by Pope Adrian IV on 18 June 1155 in Rome, Lombard cities claimed the respect of their traditional libertates instead of the establishment of a Republic!

Niccolò Machiavelli (1469-1527), smart heir of the communal tradition, was well aware of the contraposition between monarchies and republics. A hundred and fifty years before Machiavelli, jurist Bartolus de Saxoferrato (1313-1357) thought better the election of the governor by the ‘people’ instead of his crowning by inheritance. The election was nevertheless recommended by him only for the cities, not for the government of large territories, such as the realms. Good government could be achieved both by a civic republic or a monarchy: Justice could be guaranteed in both cases. Anyway the ‘popular’ form of government was to be preferred already according to Dante’s teacher: Brunetto Latini, the man who taught to Florentines the political way of life. A century later, after the 1348  Plague, Bartolus, the most famous jurist of the late Middles Ages, confirmed it[5].

Bartolus wrote that the government led by the popolo (not a ‘republic’, not a ‘democracy’) are simply appropriate (‘divine’) for towns with a limited number of citizens such as Siena or Perugia. In cities with a larger number of citizens, such as Florence and Venice, the appropriate government, the government required should be that one of the aristocracy. Pragmatism was the main political feature of the well-bred citizens. The factionalism could be stopped in its dangerous activities against the institutions (but reason it is not always guiding politics).

Equality and Justice were more proclaimed than realized by leading groups. This gap speeded up the final crisis of the urban free governments. The end of the story could be illuminating for looking at many contemporary situations.

[5] I have summarized the main ideas of Bartolus’ political tractatus in my article. 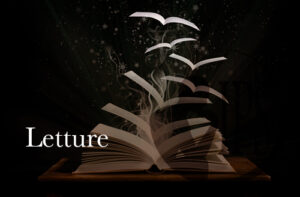 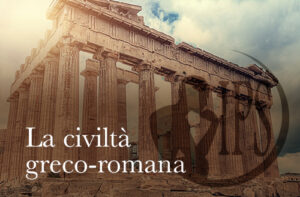 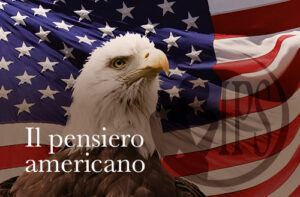 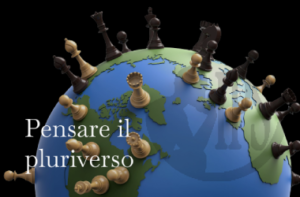